On Learning How to Listen:

A Doctor’s Experience at the AIS-DSD Support Group Meeting

Things they teach you in surgical residency: The best way to sew subcuticular stitches. How to place a central line. How to perform laparoscopic (keyhole) surgery.

Things they don’t teach you, except by trial and error, in a sink or swim fashion: Empathy. How to talk to patients about difficult topics. How to connect them to people who understand what they’re going through.

The first time I ever treated a woman with AIS, I’ll be honest: I was excited. So was my attending surgeon as he told me about the case while we scrubbed for the operating room. Typically, in residency, the senior doctor works the patient up–residents often don’t meet the actual patient until just before the surgery–so when I learned that my patient had AIS and was going to have a gonadectomy, I nodded my head. I blithely assumed that my attending had gone over the appropriate risks and benefits of the surgery.

During medical school, I would say that the curriculum touched upon intersex for about an hour total (in fact, that estimate might be generous). The only reason I knew anything at all about AIS is because it’s one of those clasic “zebra” conditions that they test in exams. Because board review books don’t go in-depth, though, I really only knew the “one-liner” summary about AIS: that it’s often discovered due to lack of a period, or when a phenotypically female child has bilateral inguinal hernias. According to the textbooks, which were typically several years behind the times in terms of clinical practice, gonadectomy was recommended due to cancer risk.

It wasn’t until a week later, when the patient showed up in the post-op clinic that I ran with minimal attending supervision, that I realized how little I truly knew about AIS. I remember doing a frantic literature search before going in to see the patient, to make sure that I didn’t miss anything (it was then that I learned that gonadectomy was no longer a knee-jerk recommendation). As I prepared to walk in to my patient’s room, however, I remember thinking to myself that I wanted to give her something in writing, because I was sure she’d have a ton of questions after our visit. Thank God for Google – it turned out that there were handouts that had been created by an organization called the AIS Support Group.

In retrospect, the most important thing I did for my patient wasn’t a surgical procedure, or the prescription of hormones. It was the simple act of printing out a handout from the AIS Support Group. After that clinic visit, I never saw my AIS patient again, though she stayed in my thoughts. I’ve always wondered what became of her, and how she came to terms with her diagnosis. Did she have a boyfriend? What happened the first time she tried to have sex? Who did she tell -if anyone- about her condition?

The burning regret that I never followed-up with my patient is what prompted me to write None of the Above (Balzer + Bray / HarperCollins, April 2015), my young adult novel which features a main character with AIS. The more I thought about my patient, the more it became clear that intersex was a perfect jumping-off point for a discussion of tolerance, feminism and gender essentialism. It begged so many questions: What does it mean to be a woman? What happens when you don’t fit perfectly into the gender binary? And what role does your biology play not only in who you love, but who loves you?

As I began researching my story – initially by delving into the extensive archives of the UK AIS Support Group – it became clear to me that the great challenge of writing about intersex is that every intersex experience is unique.

It also became abundantly clear that one thing that wasn’t unique was the age-old stereotype of the insensitive, patriarchal physician.

At times it was difficult, reading tale after tale of doctors who explained things to their patients poorly–or worse, didn’t even take the time to explain things to them at all. As a surgeon, and as someone who likes to fix things, it was hard for me to come to terms with the fact that in a great many cases, surgery did much more harm than good.

If there’s one thing that these stories did, though, it’s that they made me resolve to do better. Reading is a form of listening. And listening is something that doctors (including myself) don’t do nearly enough, pulled as they are in so many directions during their workdays.

This past July, after reading my novel, Dr. Arlene Baratz invited me to the AIS Support Group Meeting in California. I’ll admit that at first I wasn’t sure if it was the right thing for me. I wondered if I would fit in. Would everyone there think I was some sort of voyeur? Or would I be an unwelcome interloper and just make people feel uncomfortable?

Luckily, I overcame my fears. And those three days ended up being some of the most rewarding of my life.

It still makes me a little overwhelmed to think of how amazing those people were – how open, how delighted they were to have medical professionals coming in to hear their stories and learn from them.

Most profound to me, though, was the unconditional love that I felt within the community. And also the sense of relief that they were not alone. It was incredible to hear the stories of people traveling from as far away as Japan and Brazil and the Netherlands to find their tribe. It’s the first time in my life that I felt that acceptance was practically a tangible, physical thing, something that I could reach out and hold close to my heart.

I learned many things during the Continuing Medical Education (CME) portion of the AIS-DSD conference about how to diagnose and treat intersex conditions. But the most important thing I brought away from the conference was that sometimes community is the strongest medicine.

I hope that None of the Above will not only increase intersex awareness, but that it will change the way that doctors listen to and empathize with all of their patients. And if it makes one person who reads it feel that they are not alone, I will have done my job.

I. W. Gregorio is a practicing surgeon by day, masked avenging YA writer by night. After getting her MD, she did her residency at Stanford, where she met the intersex patient who inspired her debut novel, None of the Above (Balzer & Bray / HarperCollins, 4/28/15). She is a founding member of We Need Diverse Books™ and serves as its VP of Development. A recovering ice hockey player, she lives in Pennsylvania with her husband and two children. Find her online at www.iwgregorio.com, and on Twitter, Tumblr, Facebook and Instagram at @iwgregorio. 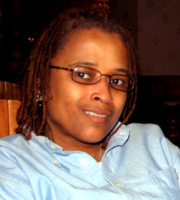 by Lynnell Stephani Long In a few weeks the AIS-DSD Support Group conference will take place, this year in Denver. I am both excited and nervous. Lately I’ve been going through some sort of spiritual metamorphosis and it’s making me think a lot about not only the people I want in my life, but also the spiritual path I am taking. This year I can honestly say I feel my spiritual path and my intersexuality path are the same, for now. I have been a devout Buddhist and Pagan for as long as I’ve been sober, 23 years. Yet at the same time I can say I have moments where I struggle with my spirituality. Someone said, when life gives you lemons make lemonade.  What they fail to realize is it takes some sort of sweetener to make lemonade, otherwise you’re still stuck with a pocket of lemons. My sweetener has always been a belief that I am exactly where I belong. By holding that truth I can say the days I struggle with Buddhism or Paganism are so for I can learn. Frederick Douglas once said, “With
Read more

by Georgiann Davis, PhD When I was a teenager I phoned The Jerry Springer Show seeking help in resolving my family’s conflict around finances. My working-class family and I saw the show as a legitimate source of assistance. The show didn’t return my call, but my search for help was very real. Roughly 20 years later I was speaking to a producer of The Dr. Phil Show about an upcoming episode where parents of an intersex child would share their struggles with one another over the formation of their child’s gender identity—a four-year old child named Aubrey. Within 72 hours, and thanks to Skype, I was on the Dr. Phil set ready to share my personal and professional experience with intersex. My hope was that I could help these parents, or anyone else with intersex experience, understand that gender was fluid and contextual. Mostly, though, I just wanted viewers to know intersex was a normal and natural variation. When the show previewed on the internet, I heard a number of val
Read more 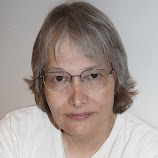